Dr. Bob G Gollaher is a 1977 graduate of University of the Pacific, School of Dentistry in San Francisco, California. He completed his undergraduate studies in Biochemistry / Physics / Psychology at Stanford University in Palo Alto, California. While at University of the Pacific, Dr. Gollaher served as Year Book Editor, Class President and Student Body President. Dr. Gollaher was also honored as the Outstanding Student in Clinical Studies. Plus, he was a proud member of the Omicron Kappa Upsilon National Dental Honor Society.

Dr. Gollaher proudly served as a Lt. Commander in the US Navy touring Viet Nam for forty-one months as an intelligence officer. He originally practiced in Fresno, California for 30 years and then additionally started practicing in Washington in the early 1990's. Dr. Gollaher became a continuing dental educator in 1979 where he was instrumental in organizing programs of study in orthodontics. He has headed since its inception the Academy of Straight Wire and Functional Orthodontics, an international teaching organization, and has served as the President and Director of Continuing Education. He is also a founding partner in starting the Altamash Institute of Dental Medicine, an internationally recognized dental school in Karachi, Pakistan. Dr. Gollaher serves as AIDM Vice-President and Associate Dean of Academic Affairs. He also is a visiting Associate Professor at the Karolinska Institutet in Stockholm, Sweden where he lectures in orthodontics to the undergraduate and graduate students.

Dr. Gollaher was originally from Lyon, France and moved to California in 1950 where he resided up until 2003. The grandeur and beauty of the Northwest captivated him. At which time he officially moved and became a Washington resident. Dr. Gollaher was a commercial artist for Saks Fifth Avenue in his earlier years and has continued to pursue his artistic love where he still paints, sculpts and draws. While in he was in his studies he had a successful children's cartooning program on PBS called "Uncle Bob's How To Doodle Time". He is the proud father of two daughters and two sons...plus seven grandchildren! They all unfortunately live either in California or Missouri...but...frequent visits keep him active in their lives!

Dr. Gollaher has been with Light Dental Studios in Lakewood and Lacey since 2014. He has throughout his forty year career been energetically enthused about being able to provide and deliver quality dentistry to his patients. Dr. Gollaher truly enjoys the interaction he has with his patients and their families. As a caring and concerned practitioner he has a terrific rapport with not just his patients but also staff. Because of the exceptional excellence and philosophy of his colleagues, Dr. Gollaher proudly considers Light Dental Studios his best dental experience to date!

Dr. Gollaher is an active member of 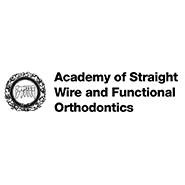 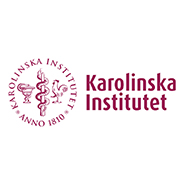 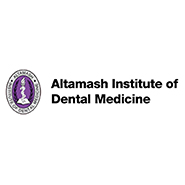